The French national football team is the representative team of the French Football Federation. The team boasts a strong history and excellent performance, including winning the 1998 World Cup and 2018 World Cup. The team has many talented players such as Antoine Griezmann, Kylian Mbappé, N'Golo Kante, among others. The team is coached by Didier Deschamps, who was a member of the 1998 World Cup winning team. 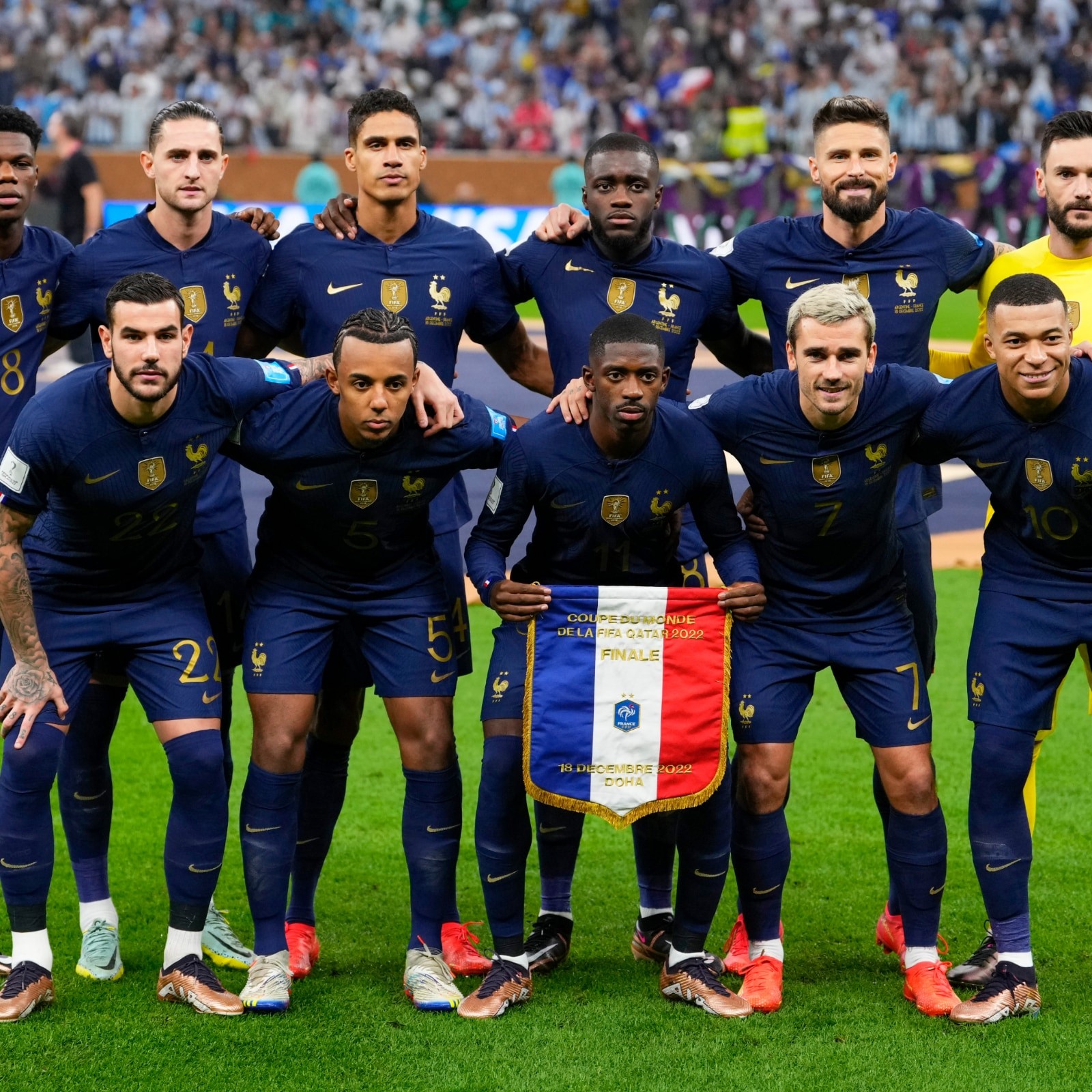 The French national football team, also known as Les Bleus, is a highly talented and successful team in the world of international football. With a rich history dating back to 1904, the French national team has consistently performed well in major tournaments, including winning the FIFA World Cup in 1998 and the UEFA European Championship in 1984 and 2000.In World Cup 2022, having won the World Cup runner-up in 2022

The French team is known for its technical and creative play, with a roster of talented players who bring a unique blend of skill, flair, and determination to the field. With a strong emphasis on teamwork and a commitment to excellence, the French national team is a force to be reckoned with on the international stage.

Over the years, the French team has produced many world-class players, including Michel Platini, Zinedine Zidane, Thierry Henry, and current star Kylian Mbappé. These players have not only brought success to the team, but have also left a lasting impact on the sport of football.

Today, the French national team continues to be a top contender in international tournaments, with a talented and dedicated squad that is focused on bringing home more victories for the country. Whether playing in front of their home fans or on the road, the French national football team always strives to play with passion, pride, and a commitment to excellence. 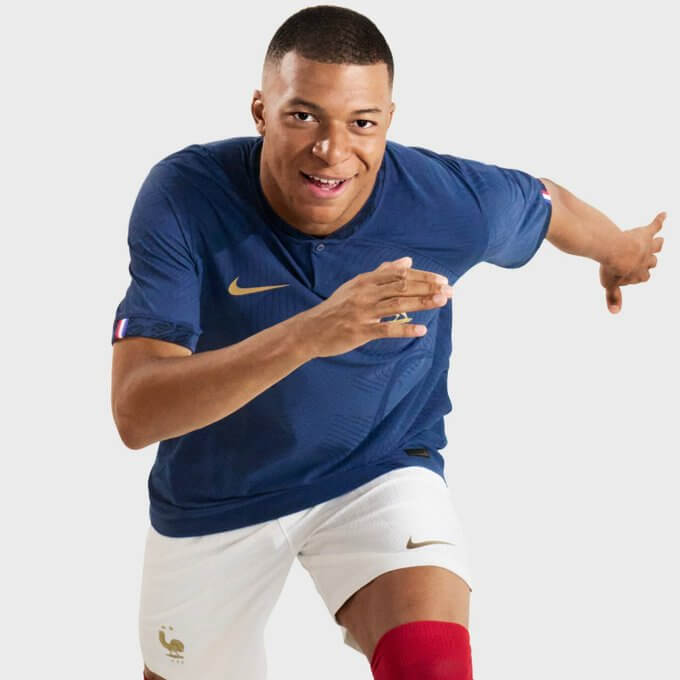 “I think two years ago we brought the country together, just like back in 1998,” says Les Bleus forward Kylian Mbappé. “Now we will wear a red stripe on our shirt just like they did. That was a great team, which created a legacy. Now is the time for us to keep striving to be the best and create one of our own.”

If you are looking for this France shirt, you can click here. 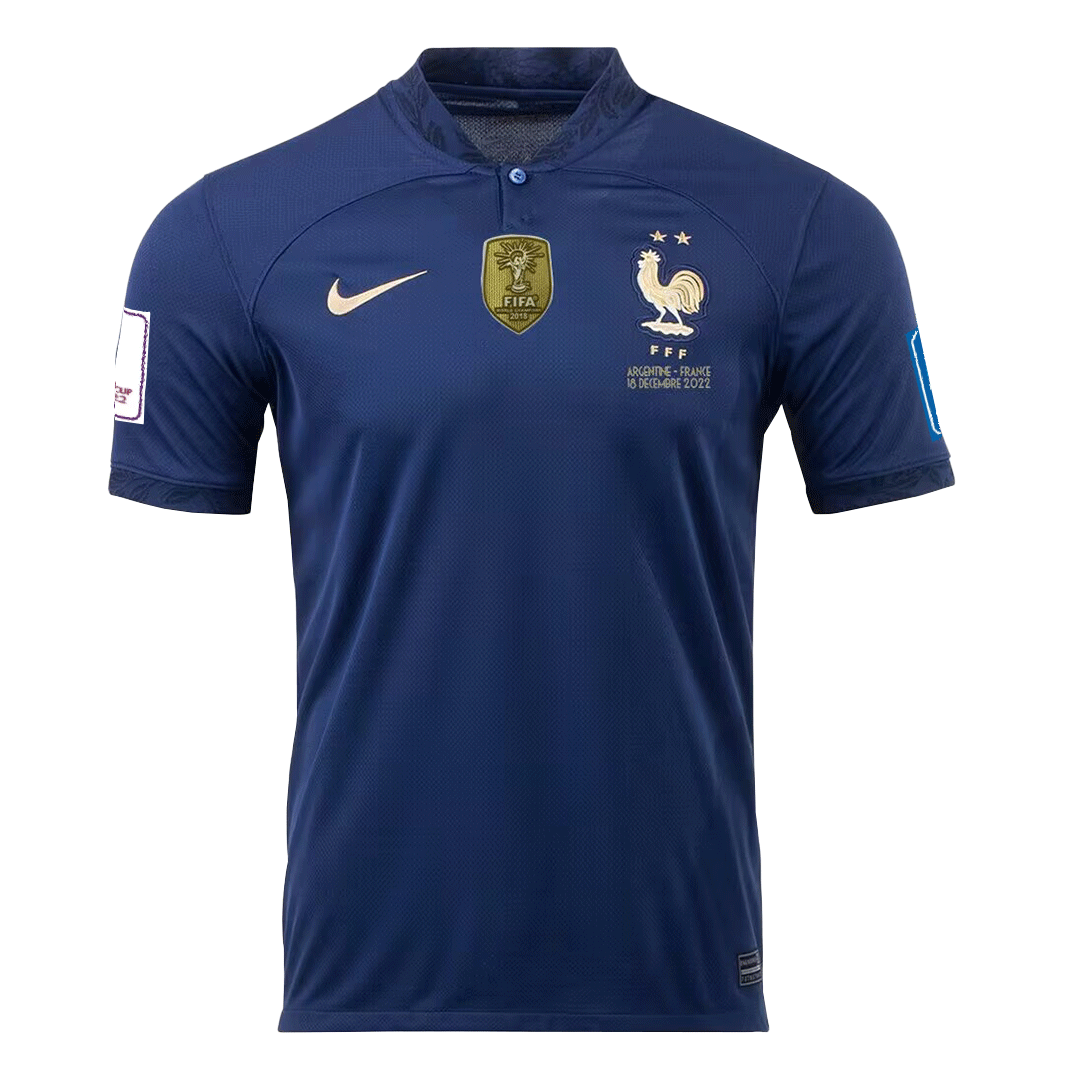